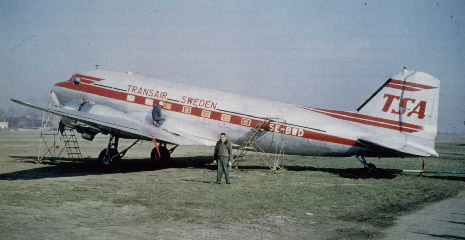 The aircraft was delivered to American in march 1940 and after service for Mercury Aviation as ZS-BTO and FH Wilson as G-AJDC the aircraft was bought by Transair in march 1953 and in february 1961 it was sold to United Nations, Congo as UN 215. After 1965 it was used for spares. 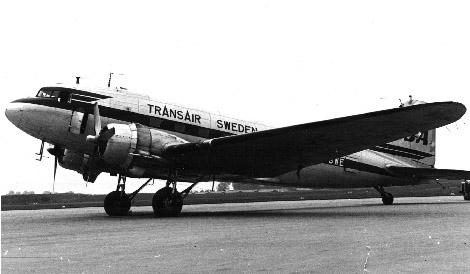 First delivered to ABA as SE-BAA “Örnen” in July 1937 and later after SAS was formed it was their aircraft from 1948 until it became Transair SE-BWE in December 1953. After service for TSA it was sold to UNO-Congo in February 1961 as UN 216. It was used for spares and is broken up since many years. 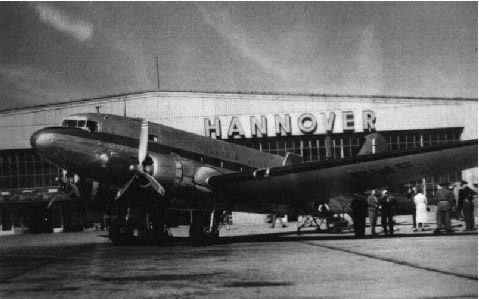 After being used with different French operators since June 1944, Transair bought the aircraft in April 1955 and it was sold to Airtaco/Linjeflyg in the beginning of 1957.

In 1958 the aircraft was flying for Iranian Airways as EP-ABC and after 3 years in Iran it went back to Norway and Riis & Co as LN-LMR.

With this registration the aircraft was leased by Transair from December 1961 until May 1962 when it was leased by Wideroe for 6 months and later on Itavia for a year before it finally came back to Norway and was scrapped in 1967.

Originally delivered in USA 1943 it made service for DNL/ABA/AIRTACO and Linjeflyg before Transair bought the aircraft in February 1962 and made service until 1964. After service with Loadair, Torair and Polaris the aircraft made service for Faroe Airways as OY-DNP and after a short period with Fairlane it was finally broken up at Copenhagen/Kastrup in 1968.